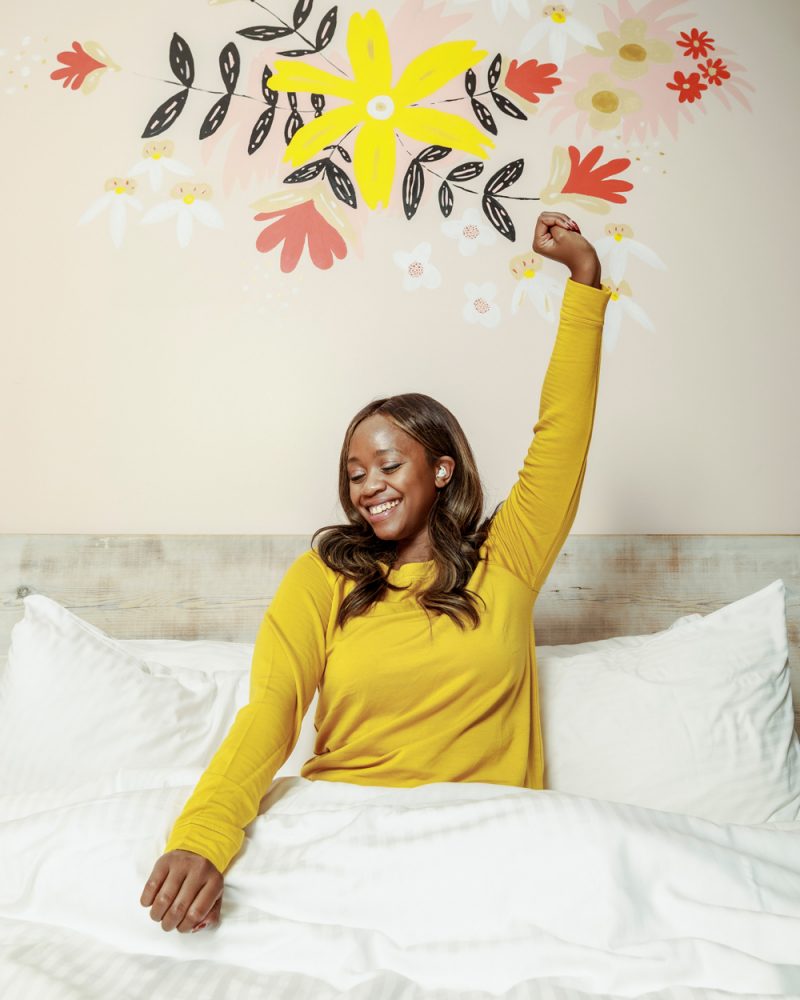 Last year, I was invited to produce content for an ad campaign for the new Bose Sleepbuds 2. Full disclaimer: I was gifted the product and paid to create content for Bose’s ad campaign, but oddly enough, I never was asked to review the product for you all on the blog.

Since December, I’ve had the Bose Sleepbuds 2 about a month before they were released to the public. Now that I’ve used the product for a little over four months, I thought it would be a great time to give you guys an honest review.

Are the Bose Sleepbuds 2 worth it? Short answer, yes. Long answer? Keep reading for more thoughts! 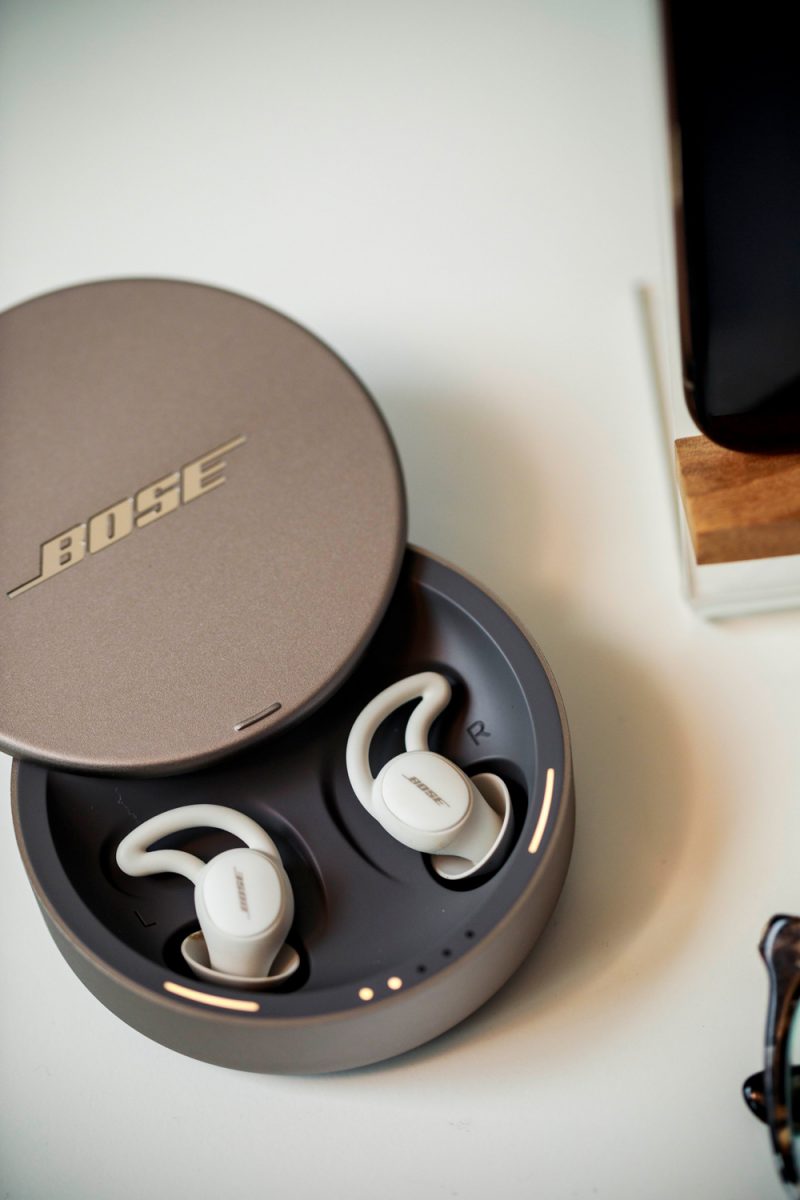 Bose Sleepbuds 2 Review: What You Need to Know

First things first: what are the Bose Sleepbuds 2?

According to Bose’s website, the Bose Sleepbuds 2 are “Sleepbuds, not headphones — Designed for sleep.” These are noise-canceling buds that will play soothing sounds in your ear all night long to mask sounds.

For the past few years, I’ve been a woman on a mission to get a better night’s sleep, so I knew I wanted to try this product out for myself. My anxiety really kicked it into high gear about three years ago, and I struggled to fall asleep and stay asleep each night. Melatonin and CBD have really helped me out, but I’m still a fairly light sleeper and will wake up at the smallest disturbance. And not to throw Tom (AKA my partner, if you’re new here!) under the bus, but he snores. Pretty loudly. Sorry, Tom! 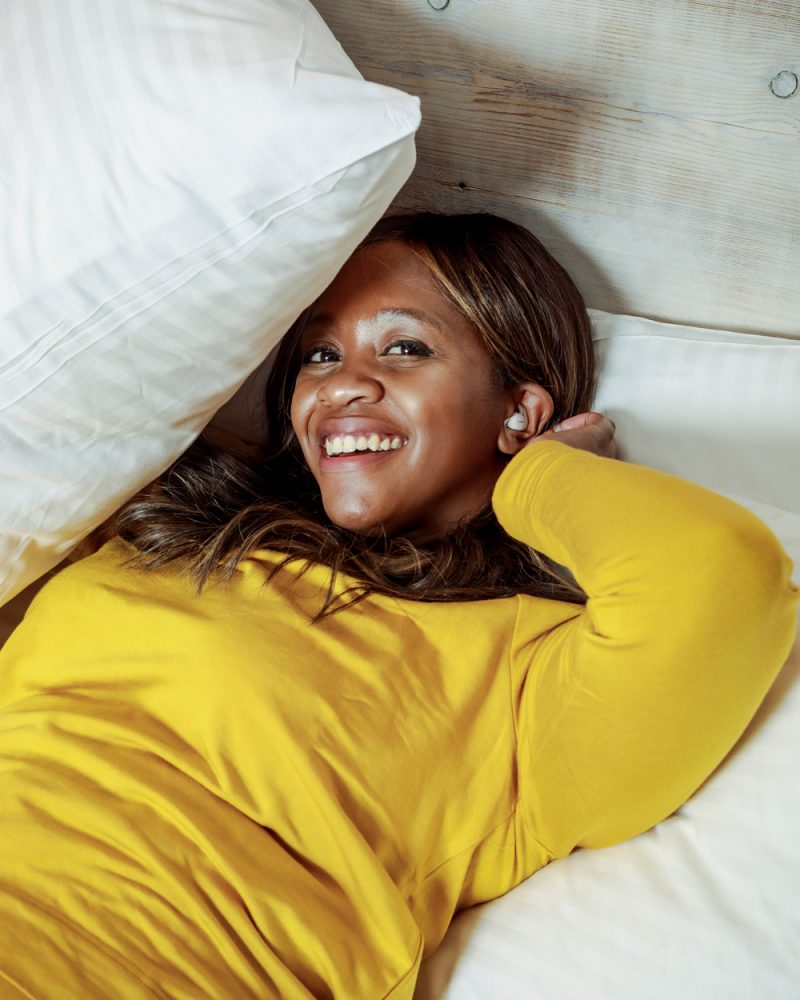 Bose Sleepbuds 2 Review: Do They Stay In Your Ear All Night?

As someone who owns AirPods, I was a little skeptical of this product at first. How exactly would the Sleepbuds stay in my ear all night?

After using these for a few months now, I’ve only had the Sleepbuds fall out a couple of times in the morning. I’m really impressed with the ear tips that are included with the product. They offer three different sizes of ear tips, and Bose’s website offers a really great guide on how to find the perfect ear tip size.

So no: they’re nothing like the AirPods that will fall out of your head when you tilt the wrong way. I would say that 99.5% of the time, these Sleepbuds stay in my ear all night long! 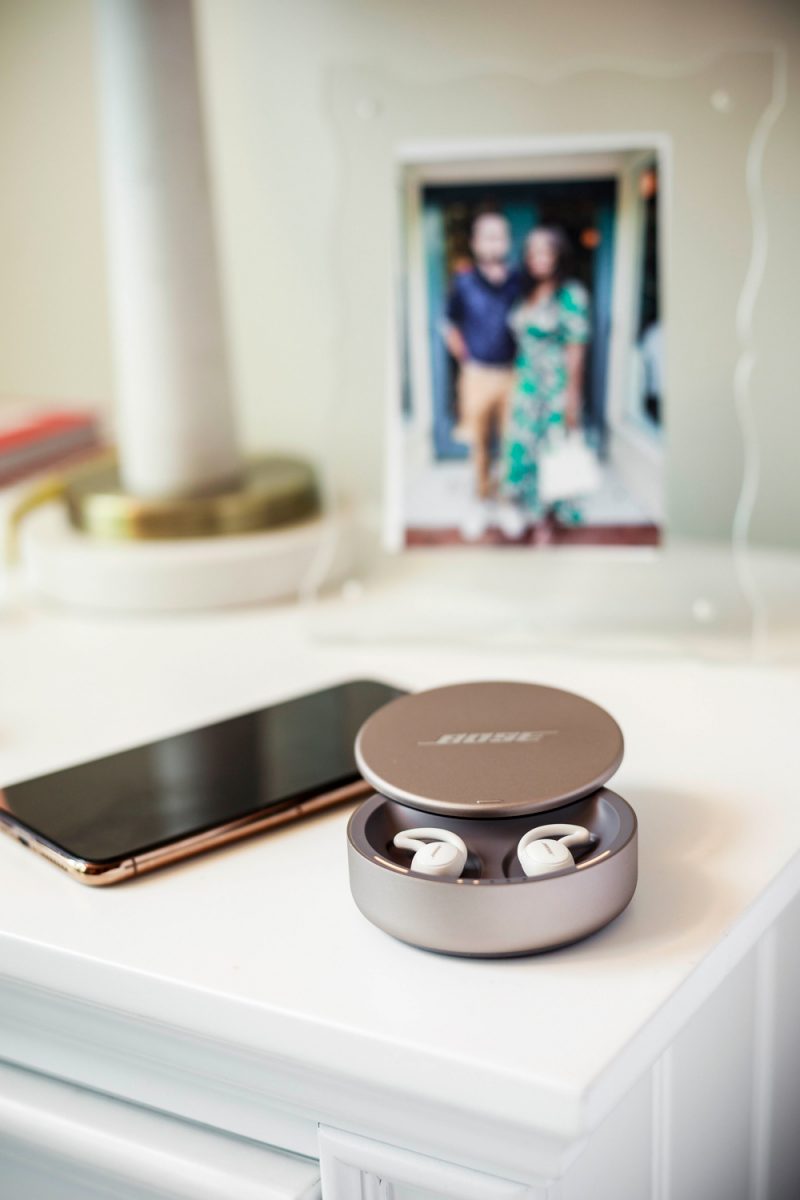 Bose Sleepbuds 2 Review: How Good is the Noise Canceling?

Let me preface this by saying that Tom snores pretty loudly. I’m going to be candid here: most nights, either he or I retreat to the guest room bed because it’s pretty unbearable for me. I’ve never gotten used to it, and I probably never will get used to it!

I was pretty desperate to try this product out to cancel out the sounds of his snoring through the night. And I’m happy to report that this product delivered.

You can play sounds in the Sleepbuds at night — there’s a range of sounds available, but I typically play a white noise throughout the night. There was an ocean wave type sound, but I’m not going to lie: it made me feel like I had to use the restroom in the middle of the night, so I don’t play that sound. You can also adjust the volume of the sounds as well, and this is all controlled through the Bose Sleep app on your phone.

I usually turn on my sounds to a medium volume. It doesn’t completely block out every sound at medium volume — I wanted to play the sounds at a safe volume, just in case an emergency happens at night and I need to spring out of bed. You’ll get a warning on the app if you’re possibly playing the sounds too loud.

At medium volume, the sounds in my Sleepbuds can drown out most of Tom’s snoring. Occasionally, I’ll still be woken up once (sorry Tom, but you snore really loud!), but other than that, I can sleep in peace throughout the night.

There’s also an option to set an alarm in the Bose Sleep app as well, which I would recommend since you’re likely not going to be able to hear your regular phone alarm with the Sleepbuds in. 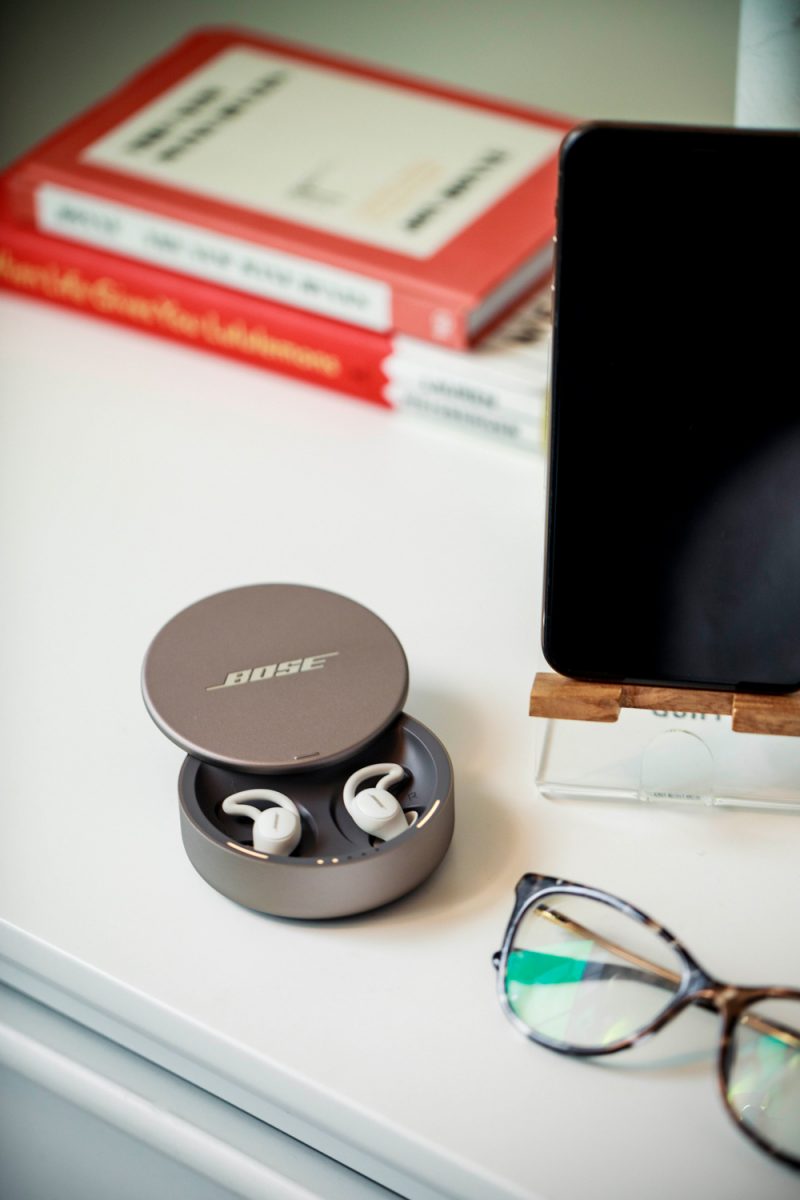 I only have a couple of minor complaints, but all in all, I’m still pretty happy with the product.

My first grievance: the comfort level of the Sleepbuds. I don’t use these every single night, but sometimes I wake up with some discomfort in my ears after a night of wearing them. This quickly subsides after 30 minutes or so, but it’s a bit of a strange feeling to wake up with.

My charging port is also a little inconsistent. I like using the Bose Sleepbuds 2 for travel, and I would fully charge the port before heading off on a trip. Sometimes, the port would be fully charged by the time I was ready to put the Sleepbuds in, and sometimes it would be completely drained. It seems to have gotten better over the past couple of months, but it was super finicky back in December for some reason — maybe because I was beta testing.

Would I recommend this product? If you have a partner who snores or if you’re a light sleeper, I’d say yes.

There’s definitely an adjustment period to get yourself acclimated to using the product. It isn’t instinctual to sleep with buds in your ear, after all. However, once you get used to them being in your ear at night, you’ll experience some pretty good sleep. I still take melatonin and CBD to help me wind down at night as well, so the combination of all three products helps this anxiety-ridden gal fall asleep and stay asleep at night.

Have you tried the Bose Sleepbuds 2 yet? Let me know in the comments below! 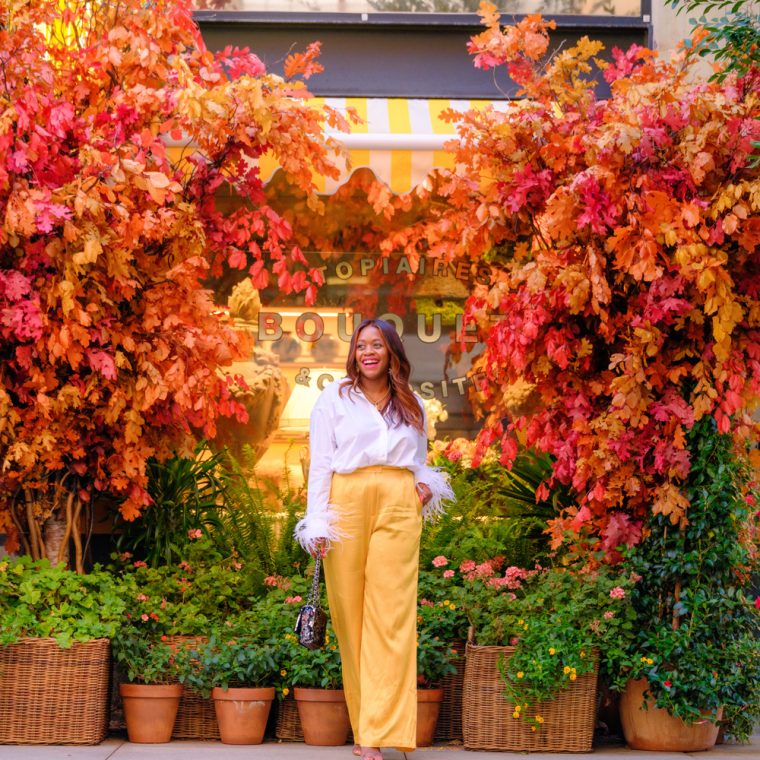