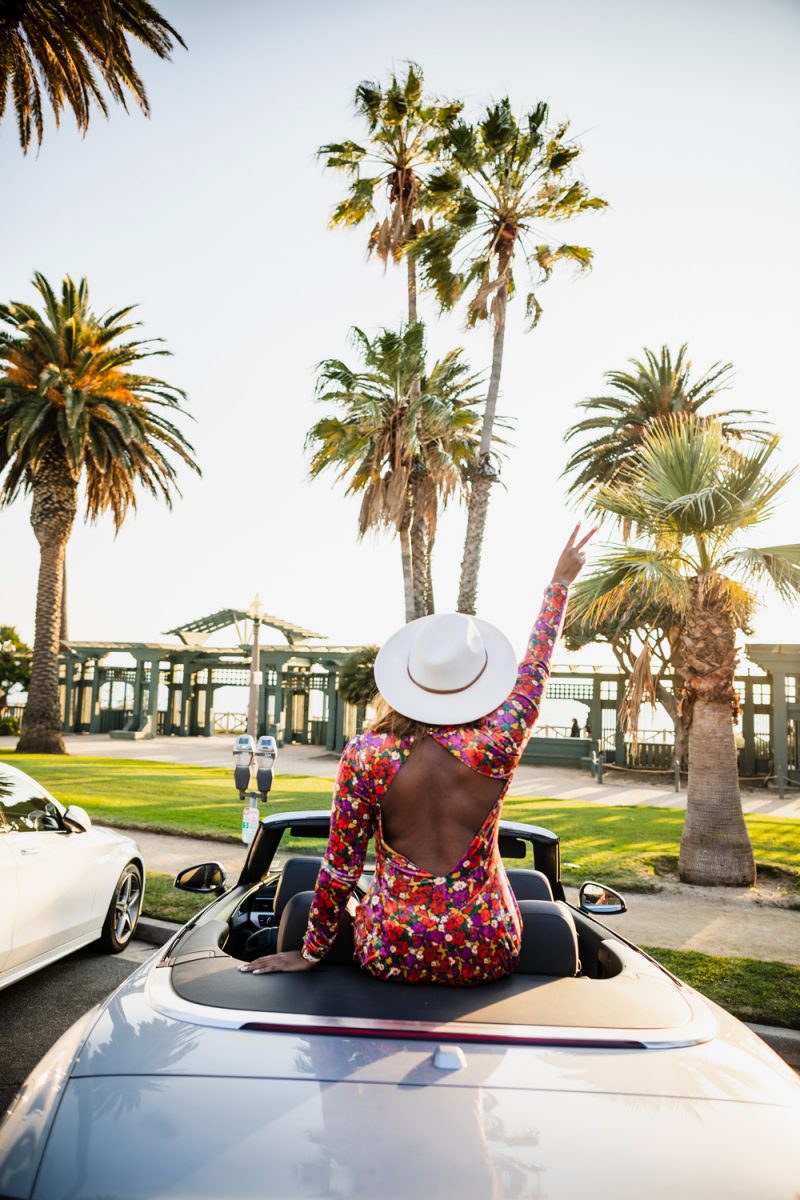 To start this post: no, I’m not pregnant, and no, I’m not engaged. Sorry to the folks that have been patiently awaiting that life update, but I can tell you this: neither one of these things is happening anytime soon (or maybe ever!)

This has been in the works for several months now, but I didn’t know when was the right time to tell you all. This is also a pretty big life change and something that I tried to tell my friends and family first before announcing it on the blog. I’ve been able to tell most of the folks I know IRL, but I still have a few people that I haven’t been able to get on FaceTime yet, so sorry if you’re reading the news here!

Ok, are you ready? Phew. Here it goes.

I’m moving to Los Angeles in May.

I feel a zillion times better getting this off my chest. ONE ZILLION TIMES BETTER. I’m trash at keeping secrets from you all, so I’m stoked that I can finally fill you in on what’s been happening behind the scenes here. 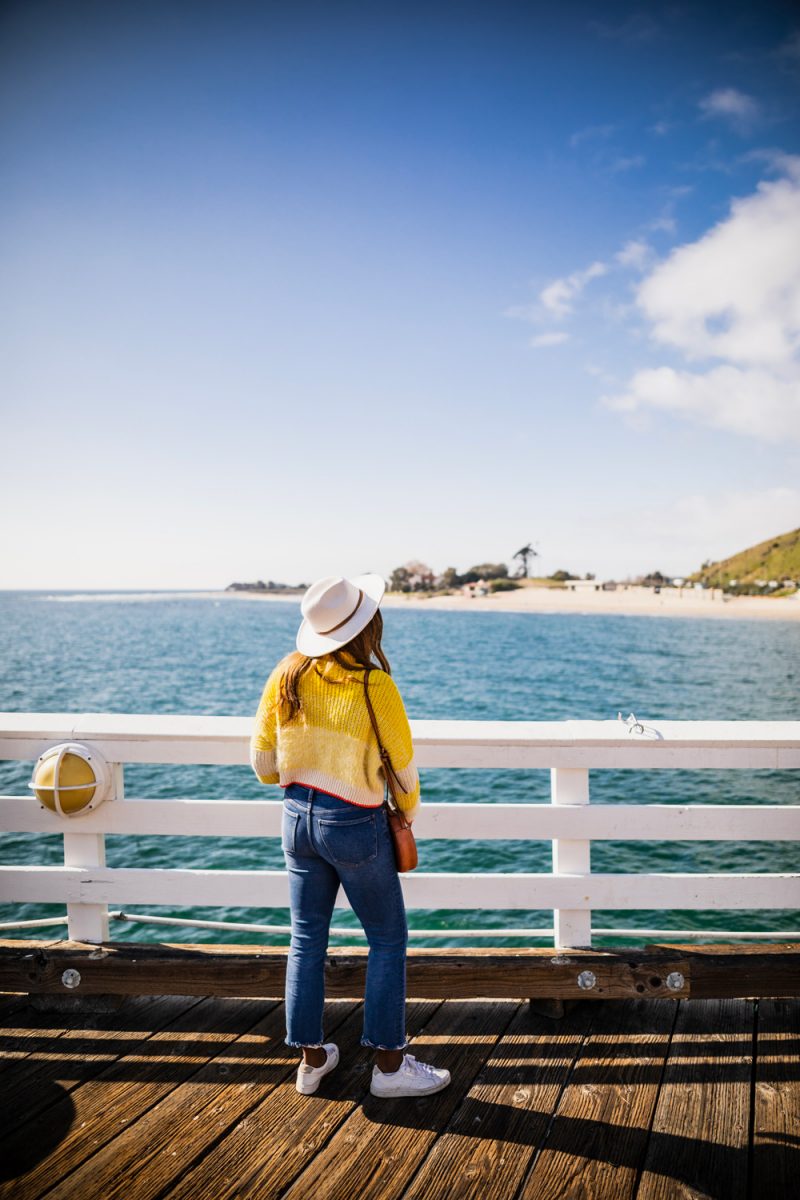 A little background on where I’ve lived these past few years: I’m originally from Northern Virginia (AKA the D.C. suburbs), and when I started my blog almost 10 years ago, I was living in Richmond, studying at Virginia Commonwealth University. After graduation in 2013, I moved back to Northern Virginia since I was unemployed and lived with my mom for a couple of years. Eventually, I got a job, got fired from said job 9 months later, took a contracting position, moved to Arlington, VA, contracting job didn’t renew, had a job gap yet again, then landed a marketing job at a media company where I worked for nearly two years.

And then…I was laid off in December 2016. I knew I wanted to go full-time with my blog, and ironically, I was laid off the week before I needed to give notice if I wanted to terminate my lease in Arlington. I needed a change. I desperately wanted to live on my own, but I didn’t feel comfortable with blogging full-time AND paying an insane amount of rent for a tiny studio in Arlington or D.C.

So, I packed up my things, and I moved to Philadelphia in April 2017. It was cheaper to live there, plus I was in-between New York AND D.C., and I had a group of friends living there that I could hang out with. At the time, it felt like the right thing to do.

But something happened right before I moved to Philly: I met Tom, who lived in Charlottesville.

Tom and I were long-distance for the year I was in Philly, and while I loved my charming 1-bedroom apartment there, I was getting anxious being so far away from my family and my boyfriend. Tom and I are both freelancers who don’t work in an office, so we saw each other pretty often — I think the longest we were apart during that entire year was two weeks. I would go down to Charlottesville; he would come up to Philly, we would travel — we made it work and had the time of our lives.

I decided to move to Charlottesville in August of 2018. We found a spacious 2-bedroom apartment together, and I was paying the lowest amount of rent I’ve ever paid in my life for the largest apartment I ever had in my life. I didn’t spend a ton of time in C’ville when I moved, to be honest: I was constantly traveling for work and spent extended periods of time in D.C. for work. In fact, I started to dread telling people that I lived in Charlottesville because while it’s an amazing town, I definitely wasn’t able to grow my career much here. And for a while, I was super vague on the internet about where I lived.

I’m not going to lie: I had a tough time adjusting to Charlottesville. Back when I lived in Philly, I was in between New York City and Washington D.C., and I could make day trips to two major cities on the East Coast. This was super beneficial for my career. However, I felt pretty limited here: Charlottesville is mostly known for the University of Virginia (AKA UVA), UVA’s health system, and the wineries. And don’t get me wrong: I love the wineries, but I missed living in a place that had a bustling creative community. I was getting tired of constantly going back and forth from Cville to D.C. for press events, and I just wasn’t used to living in a city this small either.

Additionally, Tom often traveled too before COVID-19, so we both were just constantly on the road. It was nice to come home to Charlottesville to recharge and regroup in between travels, but neither of us really had any work in Charlottesville. Honestly, I would have loved living in Charlottesville later on in life when I was ready to settle down, but I think it was the right city at the wrong time.

Moving to Los Angeles – Why We Made the Decision to Move

You’re probably thinking: why would you leave your beautiful home in Virginia to move across the country? There’s one main reason: Tom and I feel pretty limited where we’re at creatively, and we want to move to get more opportunities for both of our businesses.

Once COVID-19 was declared a pandemic and stay-at-home orders were issued, we both realized that while Charlottesville is lovely, it’s doing nothing for us or our careers. Also, for me personally, I feel like I’ve done what I can in the DC/VA area — after all, I’ve been blogging for nearly 10 years and have spent most of my time growing this business in the Mid-Atlantic.

Tom and I have been struggling to find creative inspiration in Charlottesville over the past year. COVID has been pretty draining for both of us, and constantly being still in a suburb just sucked up all of our motivation. We’ve both had days and weeks when we just weren’t feeling it, struggled with shoots, ideas, concepts, etc. It was evident when we traveled to New York City for work last week that we both thrive creatively when we’re in bustling cities, which reaffirmed our decision to move to L.A.

I am fully aware of how cheesy it sounds to move to Los Angeles for your career. Heck, if I had more money saved up, I would have done it while I was in my 20s. But now, Tom and I feel like it’s the perfect time to move to the West Coast — I’m also happy that I earn enough money at this stage in my life to get a nice, luxury apartment in L.A., and I don’t have to worry about roommates. That’s something that definitely wouldn’t have been a possibility in my twenties!

For Tom, this move is going to be a gamechanger. For those of you who don’t know, he’s a professional food and hospitality photographer. He’s had to turn down several gigs in L.A. over the past year due to quarantine/stay-at-home orders, and since travel is still limited, he hasn’t been able to reach his full potential with his career over the past year.

For me, I’m looking forward to the opportunity to reach my highest potential as a content creator. Is L.A. flooded with influencers? Yes. Am I going to be a small fish in a big pond? Absolutely. However, I’m currently a big fish in Charlottesville’s small pond, and it’s very limiting. Heck, I’ve even exhausted most of my opportunities in the D.C. area as well — I definitely feel that the blogging scene peaked in 2016/2017, and local opportunities have been on the decline for the past 4-5 years. Plus, I got more into travel blogging and have reached a more national audience, so I don’t really feel the need to tie myself to the area any longer.

I’m also excited to relocate to Los Angeles because of the creative potential as well. Not limited to renting out so many different types of spaces for shoots, upping our video work game, being closer to my book publisher in San Francisco, and not to mention: an endless amount of potential to create wine content!

Not to mention: I’m beyond ready to live in a full-on city again. Charlottesville was slow and nice, but I’m missing the hustle and bustle a bit! And after this winter, I am 100% over the snow, and your girl is ready for some California sunshine. 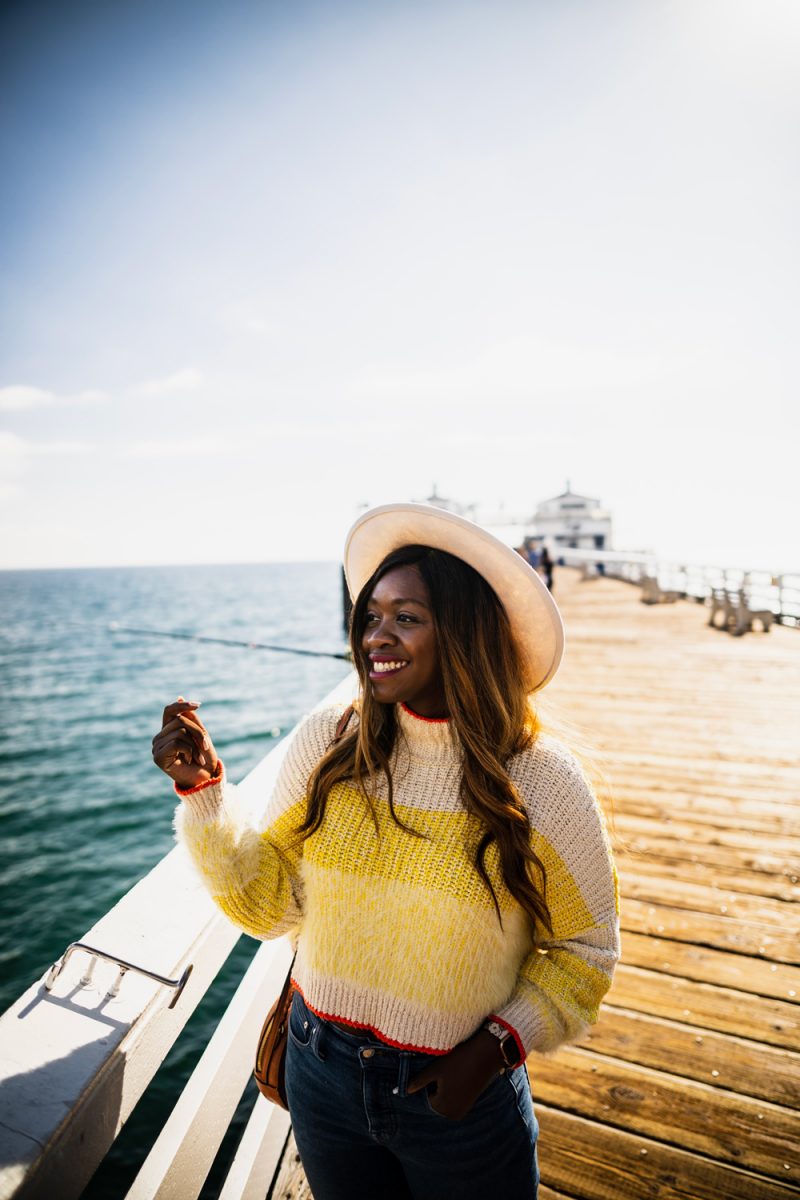 Moving to Los Angeles – Next Steps

We have two months left in Virginia. Just a heads up: if I say no to things or if you can’t reach me via DM, please don’t hate me — I’m the idiot who decided to move across the country and write a book at the same time. Stretching myself very thin here! Side note: I would not recommend doing both of these things at the same time!

Right now, I’m going on my last few East Coast press trips before the move and trying to (safely!) see my friends and family here while I can. Once COVID is over, I’ll definitely be bicoastal, but I’ll be limited in the number of trips I take back to the East Coast when we move in May. Also, to my D.C. folks, don’t worry — my mom is still living in the D.C. area, so I’ll be back to visit her as much as possible!

As long as it’s safe in the summer, Tom and I plan to take a three-week cross-country road trip from VA to CA. We share a car — my 2018 Honda Civic, so it made sense to drive it over rather than buying a new car. I’ll have more details about that trip later, but we’ve planned out our dates and an awesome itinerary. Afterward, we’ll be renting an Air BNB in Santa Monica for a month and apartment hunting. Since neither of us have offices, we can live pretty much anywhere in Los Angeles. We have our eye on a couple of buildings, but we’re giving ourselves plenty of time to apartment hunt and find the best place for us!

What are your thoughts on this big life update? Let me know in the comments below!

Photos by Tom McGovern, from our last L.A. trip in January 2020